Armadale Castle was once the seat of the Macdonalds of Sleat, part of the mighty Clan Donald. Now a ruin, it sits in a dramatic position overlooking the Sound of Sleat and surrounded by 40 acres of magnificent woodland gardens.

The ruined Castle is currently unstable so is fenced off for your safety – but you can still can still enjoy magnificent views framed by the romantic ruin. We are working on plans to stabilise the structure to enable full access.

The Castle ruins date from the early and mid-19th century. Adjoining the ruin is part of the original late 18th-century mansion house. 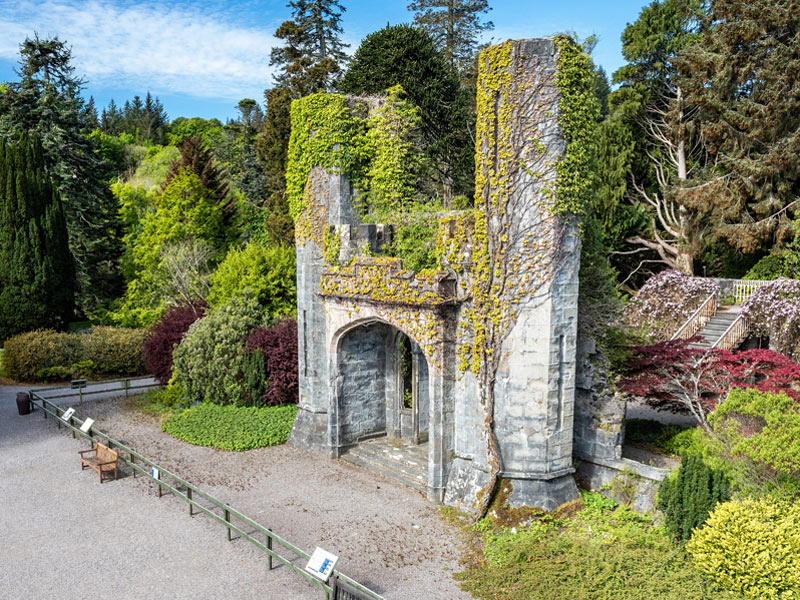 The former grand entrance is now a sculptured ruin 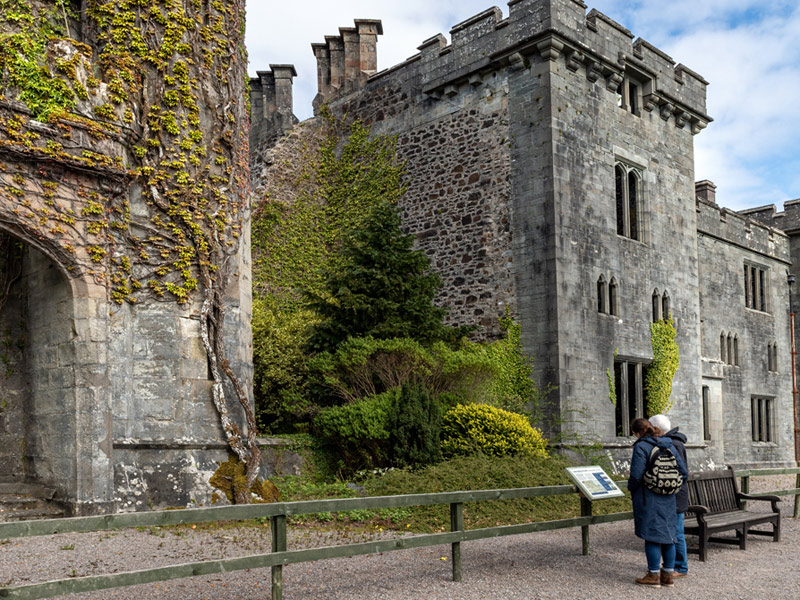 Interpretation boards explain the history of the castle

Clan Donald established itself on Skye in the 15th century. The Clan originally occupied castles at Dunscaith and Knock, both within a few miles of Armadale, and Duntulm Castle at the north end of the island. From the 1650s the Macdonald chiefs began to stay at Armadale, in a house sited further west than the present Castle. Around 1790 a new mansion house was built, the white part of the building you see today.

In 1815 the renowned architect James Gillespie Graham was commissioned to extend the mansion house to form Armadale Castle. The Castle included lavish interiors with arcaded public halls and a great marble staircase. A fire in 1855 destroyed the Castle’s central section, and David Bryce was commissioned to design a replacement.

View of castle from front lawn, photograph taken in 1900 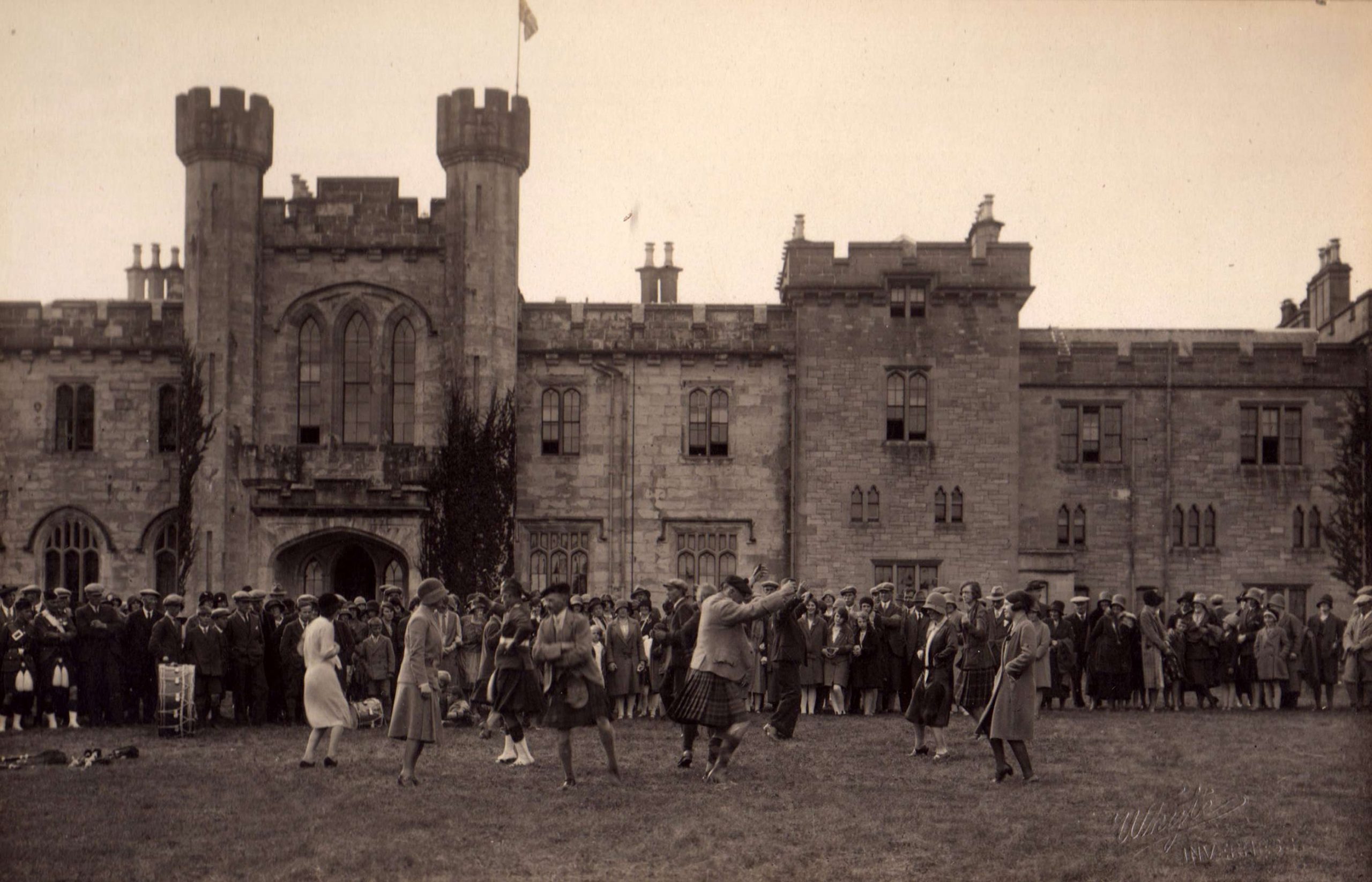 In 1925 the Macdonald family moved to a smaller house, leaving the castle to the wind and rain. The Castle was put on the market in 1972 and purchased by the Clan Donald Lands Trust. By this time the west part of the Castle was derelict, and in 1981 the decision was taken to demolish the building while saving as many remnants as possible. 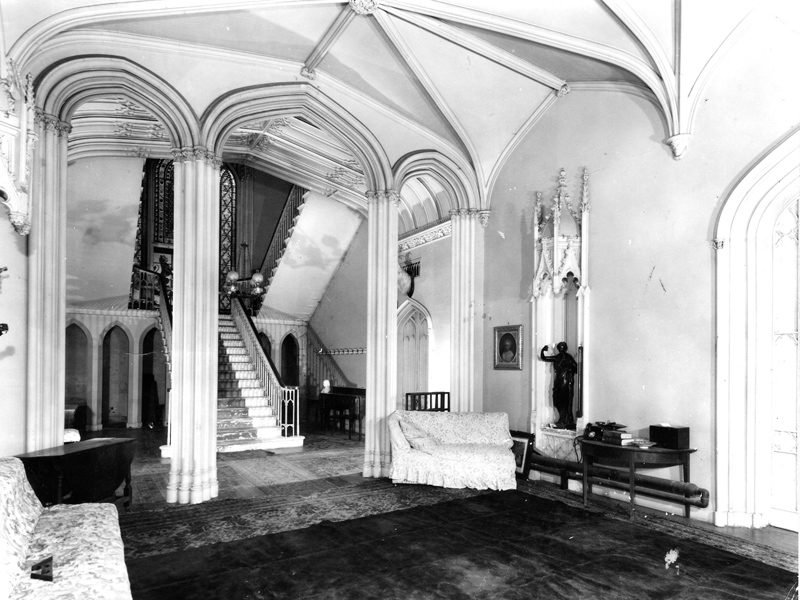 The front hall designed by Gillespie Graham, before demolition 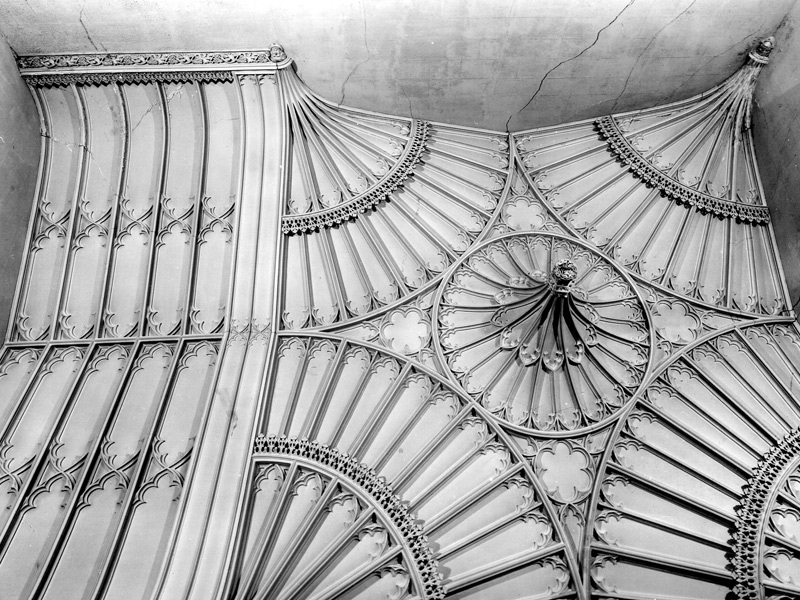 A number of famous historical figures have been associated with or visited Armadale over the years. Flora Macdonald, famed throughout the world for helping Bonnie Prince Charlie to flee Scotland after the Jacobites’ defeat at Culloden, was married here on 6 November 1750. Samuel Johnson and James Boswell visited in 1773 as part of their famous journey through the Western Isles.

You can find out  more about the history of the castle in the interpretation boards around the ruin, and in our Museum.

“Armidale is situated on a pretty bay of the narrow sea, which flows between the main land of Scotland and the Isle of Sky. In front there is a grand prospect of the rude mountains of Moidart and Knoidart. Behind are hills gently rising and covered with a finer verdure than I expected to see in this climate, and the scene is enlivened by a number of little clear brooks.”