Animations by pupils from Bun-sgoil Shleite (Sleat Primary School, near Armadale Castle) are a highlight of a new exhibition which has just opened at the Museum of the Isles. Pupils and their parents were guests of honour at a special launch event last Thursday evening.

Commemorating the end of the World War I a century ago, the exhibition theme is ‘Coming Home: World War I in the Highlands’. Museum staff worked with Bun-sgoil Shleite pupils and professional animator Henry Cruickshank to develop three short animated films about Skye and WWI and the effects it had on the community.

After a day researching at the Museum, the children were inspired to create three stories: ‘The Unlikely Friends’ (focusing on Raasay iron mines and prisoners of war); ‘Donald’s After War Experience’ (focusing on a local man who left the island for work); and ‘The Dad That Never Came Home’ (focusing on the sinking of the Iolaire).

Drawn, written and narrated by the pupils in Gaelic with English subtitles, the films are now on show in the special exhibitions gallery. They are shown alongside an exhibition produced by Skye and Lochalsh Archive Centre, High Life Highland: ‘An Cogadh Mòr: Remembering the Great War in Skye and Lochalsh’. Later in the summer the animations will go on tour to museums across the Highlands as part of the High Life Highland travelling exhibition. 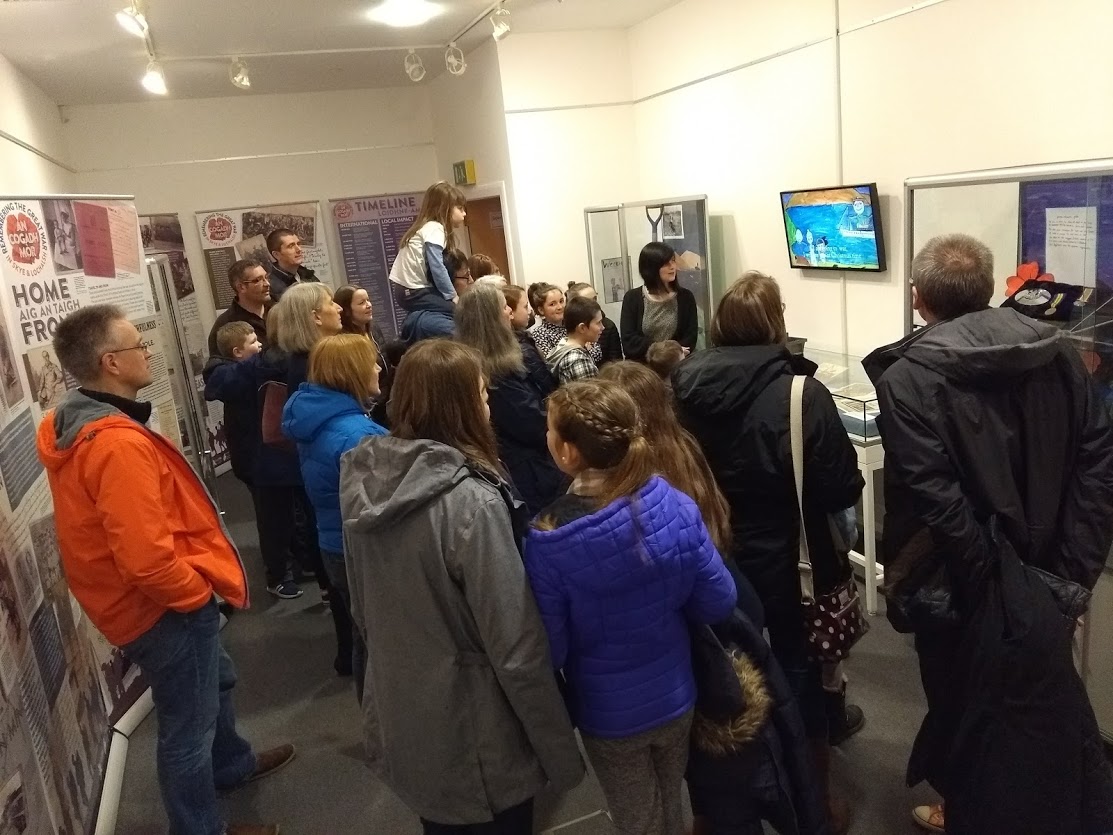 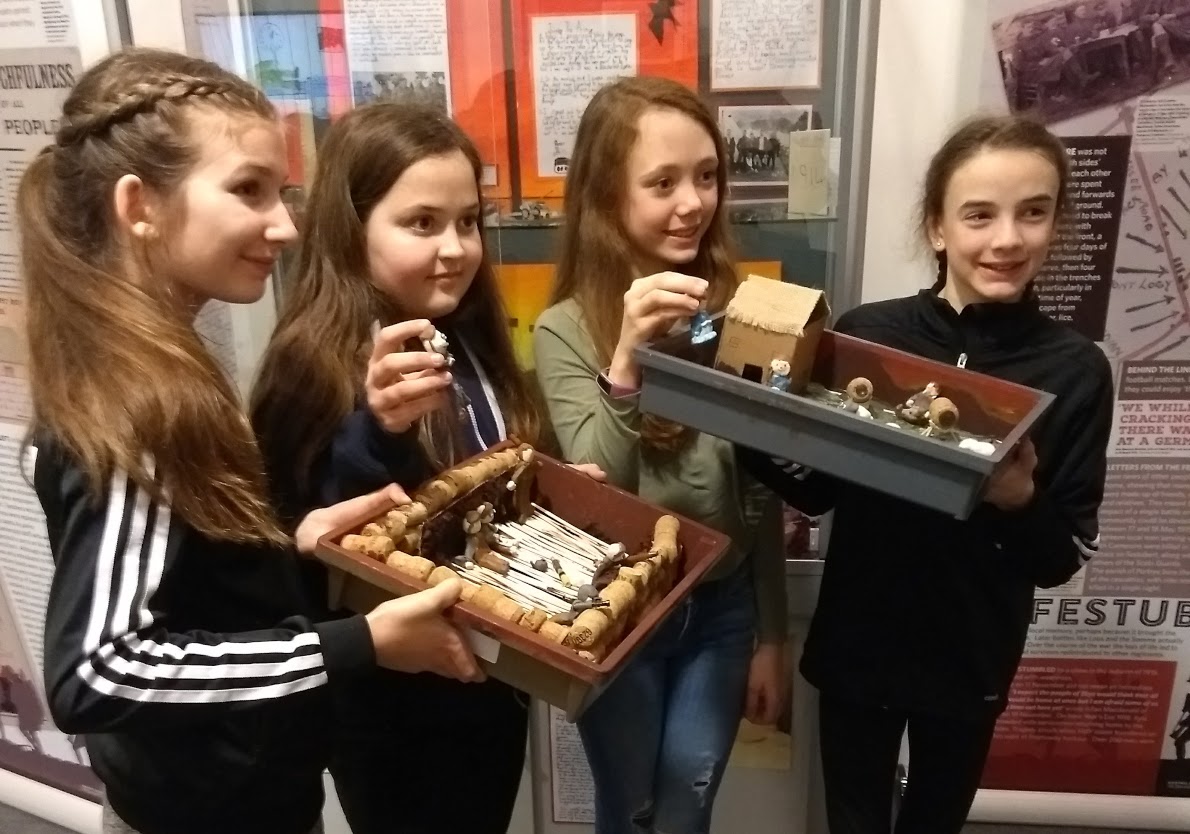 Pupils with models created for the animation

Mairi Macdonald, class teacher at Bun-sgoil Shleite said: ‘This project has been a fantastic opportunity for the pupils. The trip to the Museum helped bring alive the stories from 100 years ago, while working with the animator really inspired the children’s creativity. We are immensely proud that their animations will be on show not only at the Museum of the Isles but also tours around the Highlands.’

In September, the exhibition will be further enhanced by a travelling exhibition curated by High Life Highland. ‘Coming Home: WW1 in the Highlands’ commemorates the end of the First World War in the Highlands through poignant individual experiences. These stories are explored through the documents, objects and photographs held in museums, libraries and archives across the Highlands.