Judges praised the high quality of performances at Clan Donald Lands Trust’s traditional music competitions held this weekend: the Donald MacDonald Cuach for Piobaireachd  and the Princess Margaret of the Isles Prize for Senior Clarsach (UK). 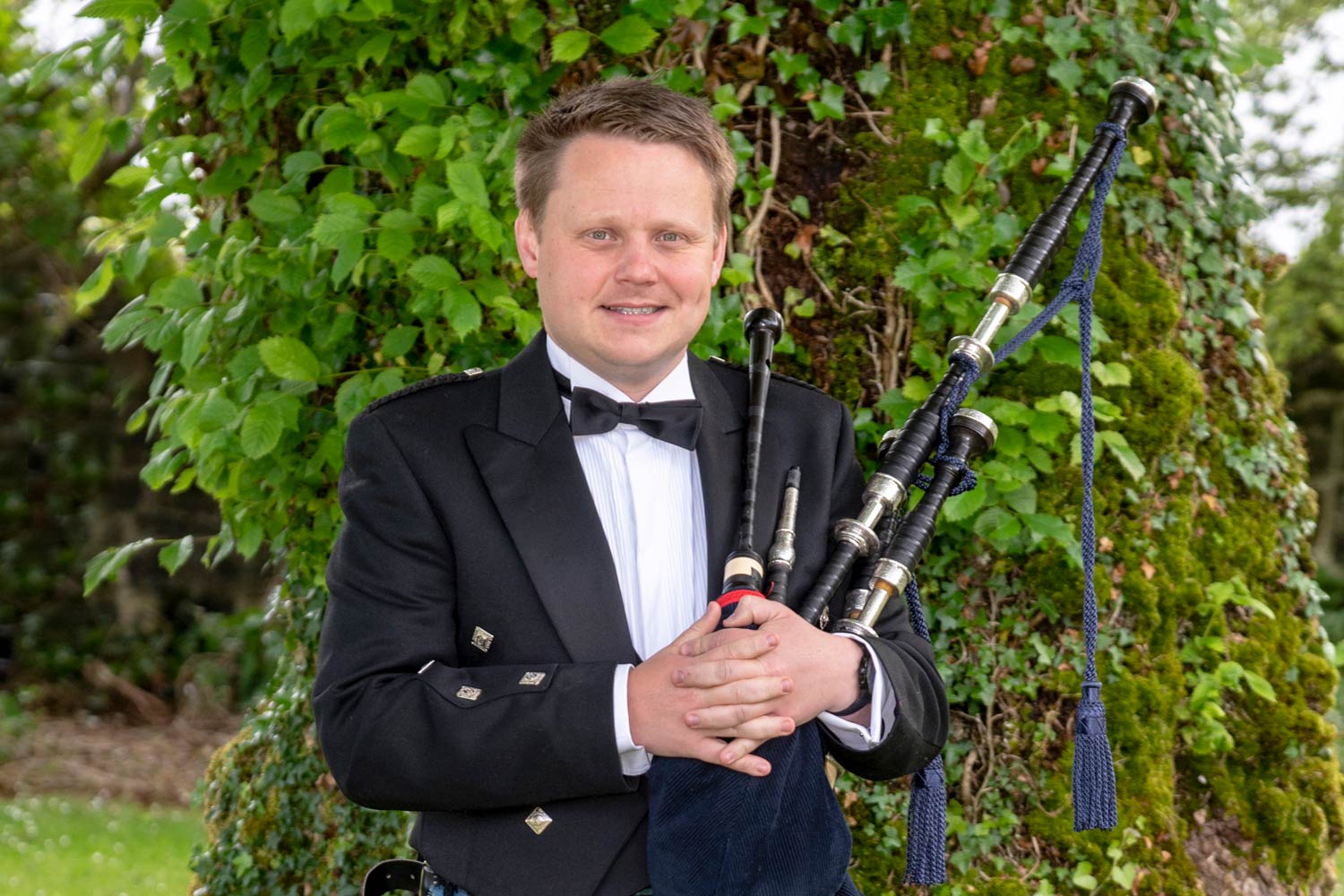 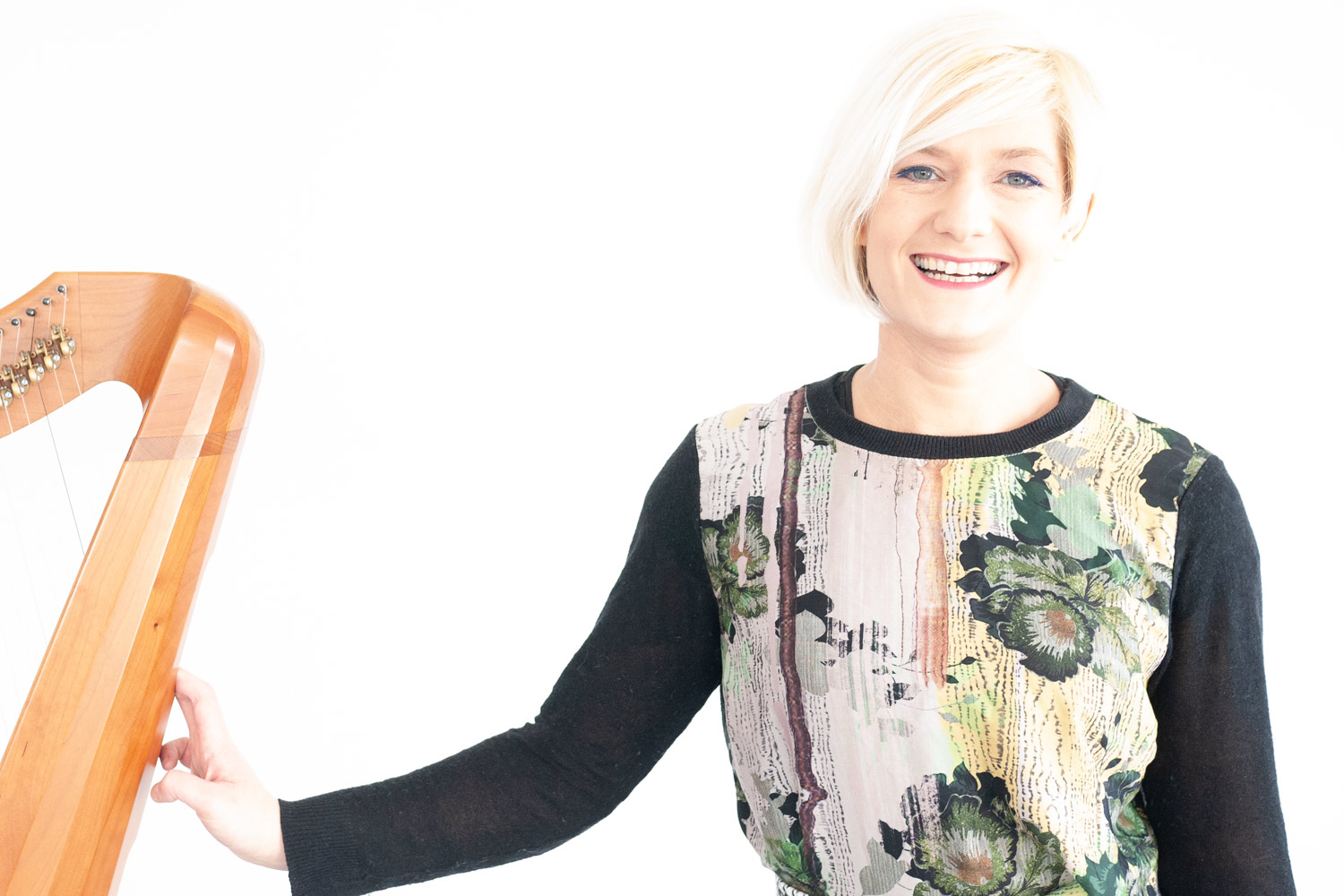 Callum Beaumont was awarded the 2021 Donald MacDonald Cuach for Piobaireachd at the competition held on Friday 11 June. Convenor Dr Angus MacDonald hosted the competition and the adjudicator was Dr Jack Taylor.

This is the second time Callum has won the prestigious piping prize, having also won in 2017. He played Donald MacDonald’s setting of Cumha Mhic a h-Arasaig (MacKintosh’s Lament). Callum lives in Dollar, Clackmannanshire, and is a piping instructor at Dollar Academy.

In his adjudication Dr Jack Taylor praised the musicality and technique of all five pipers. He commented: ‘They were really five winning performances, and five very different performances. They chose tunes of different difficulty and melodic attractiveness and that contributed to the difficulty of making the judgement.’ He praised the way in which winning Callum Beaumont took a well known tune ‘by the scruff of the neck’ and played it with impeccable technique.

The other four competitors in the invitation competition were Glenn Brown, Finlay Johnston, Andrew Hayes and Stuart Liddle. The competition can be watched again on Facebook. To download the programme and for further information about the competition visit our website event page.

Princess Margaret of the Isles Prize for Senior Clarsach

Fraya Thomsen was awarded the 2021 Princess Margaret of the Isles Memorial Prize for Senior Clarsach at the competition held online on Saturday 12 June. The other three finalists in the open competition were Karen Marshalsay, Pippa Reid-Foster and Loreleï Tochet. Convenor John Purser hosted the competition live from the museum library at Armadale Castle, accompanied by judging panel Gillian Fleetwood, Mary Strachan and Christine Martin.

Fraya is a composer and performer who has performed at festivals throughout the world most notably as one half of harp and song duo The Duplets. She has composed music for a number of short films, contemporary dance and for artists as well as concert commissions such as Celtic Connections’ New Voices.

Two additional prizes for composition were introduced this year. The John, Lord of the Isles, Memorial Prize for Best New Composition, was awarded to Fraya Thomsen for her composition ‘Release’. The winner of the Patrick McDonald Memorial Prize for Best Adaptation was Alice Guse, for her arrangement of tune 160 in Patrick McDonald Collection which she named ‘A Lasting Whisper from Skye’.

Lead judge Gillian Fleetwood praised the ‘beautiful, thoughtful and inspiring performances’ of the finalists. She commented: ‘At this level all of the finalists are extremely technically able so it’s a real pleasure to be able to focus on their creativity, flair and knowledge of the traditional idiom. We were truly delighted and blown away by the quality and variety of the playing.’