Last Saturday Armadale Castle was delighted to welcome young clarsach (Scottish harp) players from across Skye & Lochaber taking part in the annual Clan Donald Lands Trust Junior Clarsach Competition. The competition brings together both beginners and more advanced players, and is open to all young people at primary and secondary level.

Prizes were awarded in a number of categories including clarsach with voice and clarsach with another instrument. The winner of the overall Kate MacDonald Memorial Prize for Junior Clarsach was Isabel MacLean, from Edinbane on Skye; while Caramarie MacAlman and Lucy Matheson were highly commended. 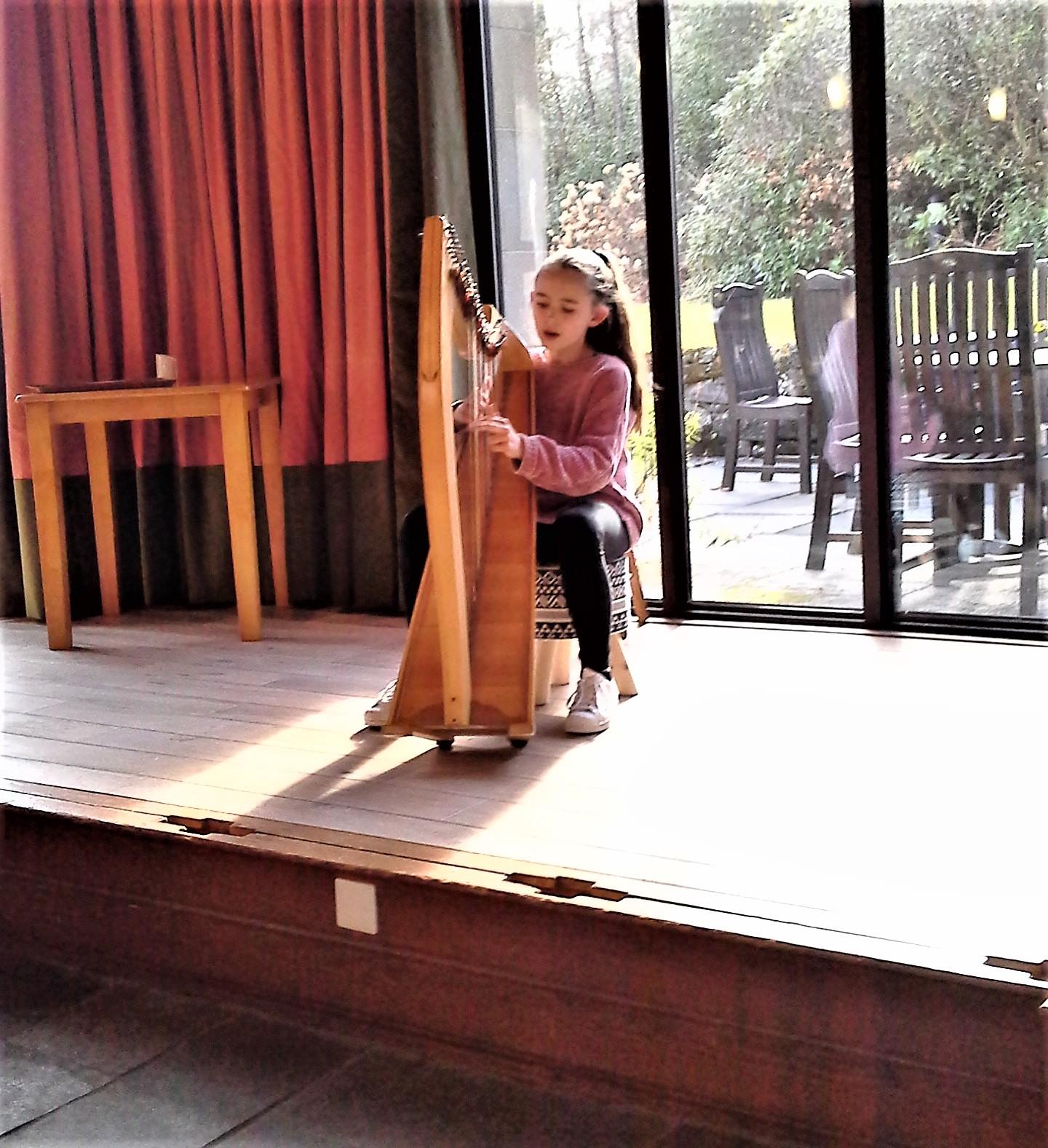 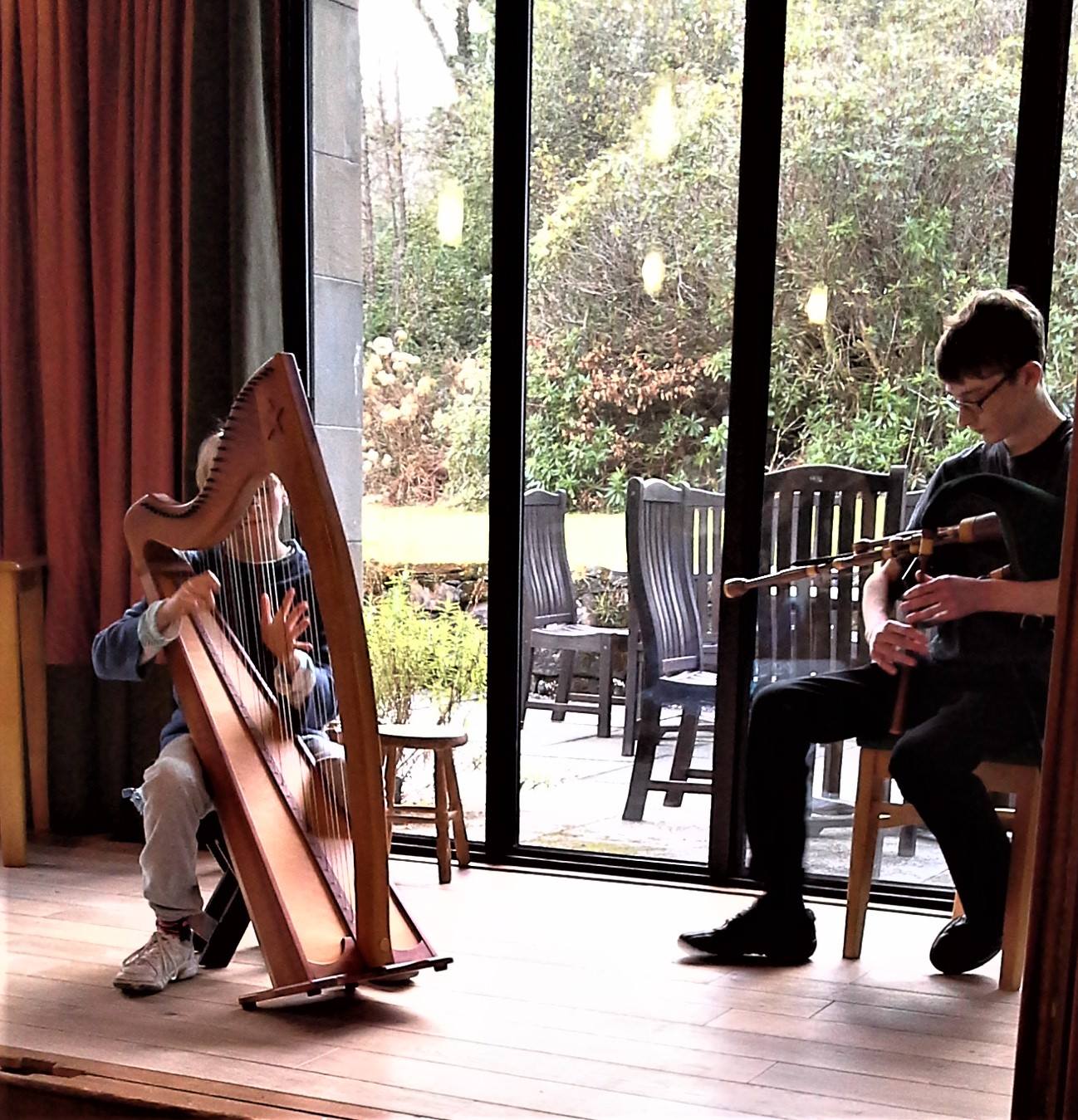 The prize is named after Miss Kate MacDonald, a well-known 19th century clarsach player. Kate MacDonald was a member of the St Columbia Choir in Glasgow and won the inaugural prize at the 1892 National Mod for Best Gaelic song with self-accompaniment on the clarsach.

The competition is supported by Clan Donald Lands Trust as part of the Trust’s charitable objective of promoting traditional Gaelic arts and culture. The Trust also funds local clarsach tuition and has provided twelve clarsachs on long-term loan to local schools. Read more about our support of the traditional arts.

We would like to take this opportunity to thank and congratulate all the young people who worked so hard to prepare their recitals and take part in the competition. We would also like to thank our appreciative audience; adjudicator Màiri Caimbeul, who herself graduated through lessons sponsored by Clan Donald Lands Trust and now plays professionally in the UK and in the States; and teacher Mary Strachan for nurturing the talent of Skye’s young players over many years and for her unstinting support of the competition.

Don’t forget we will be holding the Princess Margaret of the Isles Senior Clarsach Competition on Saturday 16 June; all welcome – free entry on the door.